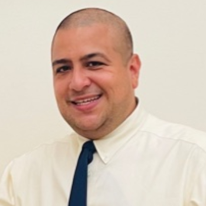 Bryan has spent the last 13 years of his career focusing on Emergency Communications, Emergency Preparedness, and Recovery. This experience has helped him focus on emergency communications plans and operations plans that will keep an emergency operations center going during unpredicted emergencies. He started in Emergency Management as an Emergency 9-1-1 Dispatcher for the Texas City Police Department. He trained to become the Assistant Emergency Management Coordinator for the City of Texas City. He served as the Deputy Incident Commander for Texas City during Hurricane Harvey and the recovery stage. While at Texas City, he served in multiple EOCs for disaster management and recovery. He also worked as the Deputy Emergency Manager and Dispatch Supervisor for the Port of Galveston. During this time, Bryan served as the Deputy Incident Commander for several weather incidents at the port. He assisted in carefully shutting down cruise operations during the early stages of the Covid-19 pandemic. He helped educate the port staff on FEMA ICS management. He worked closely with the port police and surrounding agencies on the large-scale scenarios that would impact the port. He was hired as the Emergency Communications Operations Manager for Williamson County, TX. He continued to work on Emergency Communications Operations plans for the large and small scale incidents at the communication call center. He also supervised the after-action report for the communication center after the Texas Winter Storm. He has helped multiple 9-1-1 call centers write policies and emergency procedures for their call centers.

Bryan has a Bachelor’s Degree in Communications from Lamar University in Beaumont, TX. He is a Texas Commission of Law Enforcement Instructor and Certified Telecommunicator Trainer. He carries a Master Telecommunicator License for the State of Texas. In his spare time, Bryan enjoys driving in the Texas Hill Country with his family and playing musical instruments.